Housing stock in Asheville is in a crisis, which makes affordable housing a critical need.

In our October issue we discussed the fundamentals of supply and demand that underlie and, to an extent, cause, or at least exacerbate, the crisis. People who want to live here (demand) need homes; there aren’t enough homes to go around (supply). The value of existing homes rises, creating a boon for those who own or build them, and a crisis for those who don’t.

In large part, both the cause and the effect of Asheville’s housing crisis grow out of the regional tourism industry, which skews residents’ incomes downward while tightening the housing market even more. More tourists visit, and many like the area so much they buy vacation homes here. Residences large and small sit empty for months at a time, in some cases used only a few weeks a year.

Long a Mecca for tourists

This is nothing new: in the late 19th century and the early part of the 20th Asheville developed as a place to escape to, from Savannah, Charleston, New Orleans, Florida, New York, and other regions. Some visitors came to avoid Yellow Fever or other mosquito-borne illnesses; others to improve their health—consumption, tuberculosis, asthma, etc.—at sanatoria or private nursing homes in the “clean, cool mountain air.” Some simply added Asheville to their list of residences spanning Manhattan, Long Island, Newport, Palm Beach, the Catskills, and other resort areas. Many of the houses in Grove Park, the Manor, Montford, Beaver Lake, and Biltmore Forest are evidence of that wealthy migration.

The trend slowed after World War II, when the city and county joined the rest of the country in growing a strong, well-paid middle class. Those families departed for new (all white) suburban tracts, making their old neighborhoods available to lower-income, but still upwardly mobile, working people. For many years, even during the neighborhood devastation wrought by “Urban Renewal,” it was possible for African Americans in every sort of job, from schoolteacher to doctor to janitor to hairdresser, to live and work in Asheville and thrive.

Even then, public housing had to fill the gap for the neediest population, and in its early days the Housing Authority, using federal, state, and city funds, built segregated apartments like Lee Walker Heights for low-income black residents, and others like Pisgah View for whites. (In the 1970s the late Minnie Jones was selected by the NAACP to pioneer the integration of Pisgah View.) Today HACA provides more than 1,900 homes for low-income families, and has begun replacing the oldest, 96-unit Lee Walker Heights, with 212 new apartments for residents at a variety of income levels.

Even with those new units, HACA faces a growing need. Over the past 35 years, as downtown revived after decades of neglect, many once-affordable apartments on Church Street, Broadway, Lexington Avenue, and elsewhere have been converted into high-end condominiums. Other buildings—1920s-era family homes of 10, 12, 15 rooms—that had been divided into three or more affordable apartments, were turned into Bed & Breakfast inns or reclaimed and restored by well-to-do young families or relocating retirees eager to enjoy the elegance of earlier eras. The result of this renaissance in Asheville’s urban core is that, as one Asheville native noted, “nobody who was born here can afford to live here anymore.”

Native-born Ashevilleans, early pioneers of the city’s rejuvenation in the 1970s and ’80s, retirees who spent a lifetime creating the atmosphere and character that define Asheville to outsiders, have been displaced by those same outsiders.

Here as elsewhere home and work are inextricably tied together. Many small manufacturing and community businesses that once made Asheville middle-class and affordable have left, taking their jobs with them. The shift from community services to tourist service has meant great growth opportunities for businesses that cater to upper-income residents and visitors alike: chiefly hotels, restaurants, boutiques, and art galleries. But some of those enterprises pay employees far less than earlier jobs.

Just Economics, a nonprofit based in Asheville that analyzes the cost of living in the area and advocates for higher wages, has determined that a living wage in Asheville is now $13.65/hour (or $12.15/hour with employer-provided health insurance). Yet an average hotel room attendant in Asheville earns only $10.99 an hour, according to job-finding website Indeed.com. For someone working 40 hours a week, 50 weeks a year, that’s just under $22,000 annually, or barely 80% of the $28,392/year without benefits ($25,272/year with benefits) needed to make ends meet.

Even a job as a housekeeper earning the average area wage of $11.71/hour with health insurance—not always provided—pays less than the $12.15 per hour needed for a single person to afford a one-bedroom apartment and cover other necessities.

Challenges in the new Gilded Age

The divide between the haves and the have-nots has not been so vast since the 19th century’s Gilded Age, and the income gap between working people continues to grow each year. Several organizations are working to address the crisis in complementary ways.

We asked HACA CEO David Nash what his organization is doing to help provide affordable homes for area residents.

“Becoming Executive Director for the Housing Authority seemed like a good challenge,” Nash said. “For five years as General Counsel I’d been working on the planning for the replacement of Lee Walker Heights, and it was important to me to see it completed. And the board wanted continuity at this stage, too.”

So many people, so little housing

HACA manages 1,900 units at eleven sites, as well as the parcels owned by the Brevard Housing Authority. In its role as landlord, HACA provides housing for people subsidized to make it affordable to them.

“Our basic function,” says Nash, “is to make sure the units are leased out, the utilities paid, the buildings are maintained as best we can. That we provide good property management.

“By definition our tenants are a lower-income group of residents, many of them (46%) disabled, and a fair number of elderly residents, primarily at Asheville Terrace apartments. But we also serve a lot of working people in the low-wage sector.”

Many of those residents want to become self-sufficient, but the obstacles that stand in their way include very low incomes, rent that increases when income does, limited public transportation. Under current law, residents of public housing trying to move up and out—to get into a privately owned home—face a major problem. Even a two-income couple, making minimum wage, can’t afford to save if the rent goes up when a resident gets a job, or a raise.

The cap on earnings was created by Congress, and Nash explains the Catch-22 of income-related rent this way.

“The original public housing program established by Congress [after World War II] was designed with “fixed rent.” It was kept low but provided local governments with enough money to cover the cost of the program. The Brooke Amendment said all [public housing] residents pay 25% of their gross income, and the Federal government would subsidize the difference.

“But in the 1980s, under the Reagan administration, the tenant’s share was increased to 30% of gross income. HACA’s revenue sources are rent payments and the federal funding. So if you come in and have no income, no job, your minimum rent is $26 per month; but if you get a full-time minimum-wage job the rent goes to $375/month, based on 30% of gross income.”

How did the program—and its problems—start?

In the 1940s, as the nation returned from a war-time to a civilian economy the expectation was that people wouldn’t live in public housing for a long period. There was massive disruption in the housing market at the time: several hundred thousand soldiers returned from overseas. Many had deferred their higher education, others were starting or restarting interrupted careers, women who had filled jobs left the workforce, and millions of young couples married and began families. Even thousands of new suburbs like Levittown, in New York’s Long Island, couldn’t keep up with demand.

That situation changed during the 1950s, when millions of new single-family homes were built and strong unions and a general sense of equity ensured that wages kept pace with an expanding economy. Though African American families were largely left out of the economic boom and barred from higher-quality housing, they, too, enjoyed some financial progress over those years, especially in northern factories and government jobs.

“But wages haven’t grown in real terms in decades,” continues Nash, “so we now have long-term, permanent housing.”

Unfortunately, its structure is counterproductive to encouraging people to work. Currently if subsidized tenants earn enough, they also lose their child care allowance—but if they’re working, they have to get child care. That’s a big disincentive to working, and for a couple to stay together as well, because if one parent works that increases the rent, but if a working parent moves out, the rent stays the same.

Despite those structural obstacles—and the challenge faced by those working in public housing of combatting the generally negative stereotype of residents as “incapable”— HACA does have a savings program to help tenants set aside money from their earnings when they’re ready to move up. The Family Self-Sufficiency Program (FSS) works with people on education- and employment-related goals.

“We look at their assets, build on that, try to help them be as self-sufficient as they can,” says Nash. “We want to help if they’re able to work. In fact, we expanded that staff from two to six” to address interest in capitalizing on that opportunity toward self-sufficiency.

Under FSS, residents get desired job training, and while rent would increase to $375 per month, says Nash, “We would match that with a deposit into a savings account. So, when they graduate from the FSS plan, they have access to that money for a down payment on a house, or a car, whatever they need. And the savings account can grow up to $10,000.”

The success rate is quite good, Nash told The Urban News. “Most of the participants succeed, only a handful move out or quit the program. Some who have signed up are in job training but aren’t yet earning an income.”

A new program, “Moving to Work,” currently being studied and tested, would decouple residents’ rent payments from their income. Rent would go up a small amount (3% to 5%) each year, but people could go out and get work and “not have to climb that cliff,” Nash explains.

Another program is Housing Voucher Home Ownership, under which the money subsidizing rent can instead be used to subsidize private home ownership.

Nash says, “Once you qualify for a loan, based on income and credit report and other factors, you find a house within your range, and HACA will use your housing subsidy to help pay the mortgage.” 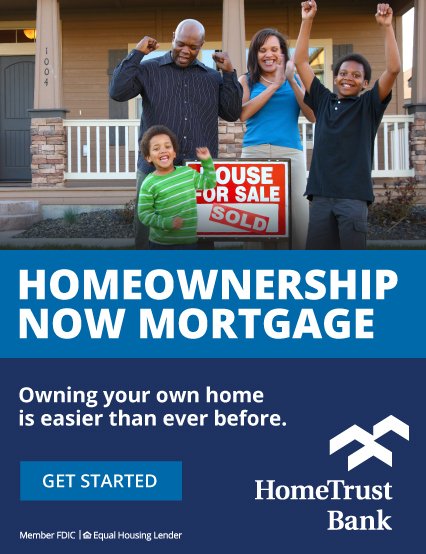 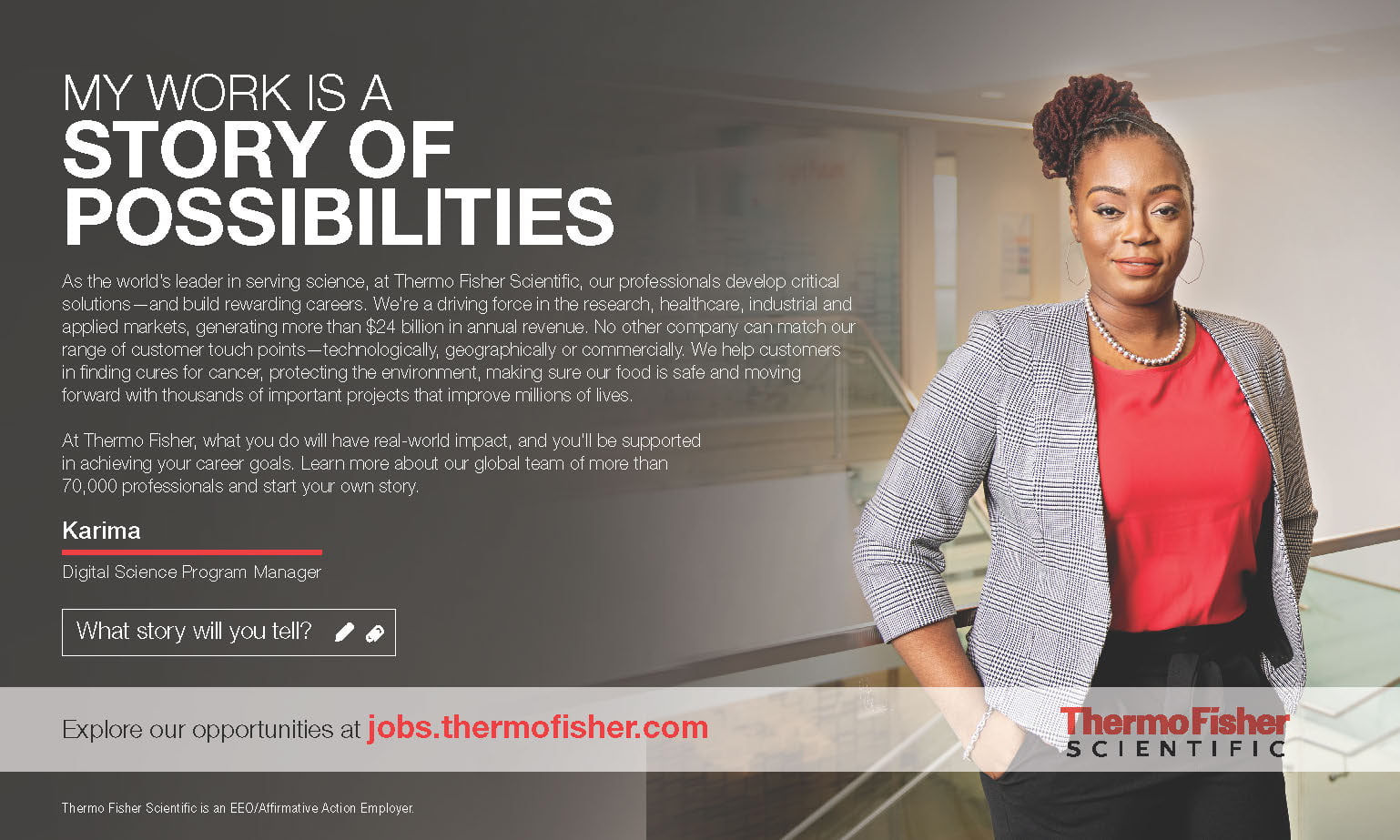