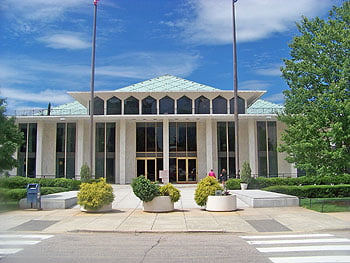 For years Gov. Roy Cooper, legislative Democrats, and even the NC NAACP, have called for expanding health insurance for the poor, otherwise known as Medicaid, to cover approximately 500,000 more uninsured North Carolinians.

With the federal government picking up the lion’s share of the tab, North Carolina would join 33 other states in offering expanded coverage.

But year after year, Republican legislative leaders have consistently said “no,” even though North Carolinians’ federal taxes have been paying for Medicaid for years—only not for North Carolinians, but for residents of other states.

Recently, however, four Republican lawmakers introduced HB 655—NC Heath Care for Working Families—which would provide private health insurance for hundreds of thousands of poor North Carolinians, but with some restrictions. It would require eligible North Carolinians to be employed, contributing 2% of their annual income to cover premiums, and they would also have to cover co-pays.

“There are things we as legislators have to do in order to get things done,” said Rep. Donny Lambeth (R- Forsyth) in defense of the requirements.

Republicans, in an effort to assure voters that their tax dollars, even federal funds, are not being wasted or scammed, tack on the work requirement for political reasons, critics say, even though there are many who are sick and unable to work in desperate need of health insurance coverage they can’t afford.

“Work requirements are an ill-informed attempt to legislate behavior and do not reflect the realities of people living in poverty,” writes Brian Kennedy II, a public policy analyst with the Budget and Tax center at the NC Justice Center. “In fact, the science shows that they effectively take away the ability of people to make good, rational decisions. If our legislators are truly in the business of helping to improve the lives of North Carolinians, they will listen to the research and evidence and reject these harmful provisions.”

“HB655’s two-percent premium is an affront to working families barely making ends meet given their current incomes,” according to a joint statement by The NC Justice Center, Health Care Justice NC, the NC Council of Churches and other groups. “To charge people earning 50% of the Federal Poverty Level—as little as a single parent earning approximately $700 a month—will force families to choose between putting food on the table and health care. This bill does not improve access to care for working families. We call on our General Assembly to expand Medicaid.”

HB 655 has passed first reading, and has been referred to the House Committee on Health.

A Community Conversation on the Outcome of the Elections