Dr. Dwight Mullen, retired professor of Political Science from UNC Asheville, has long reported on the State of Black Asheville.

Recently he discussed the circumstances in which Asheville’s African American residents live, work, learn, and struggle, using statistics compiled from the State of Black Asheville website over a number of years and drawn in part from his presentation to Buncombe County Commissioners on Feb. 21, 2017.

The data reflects noticeable disparities in opportunities and options available to white residents and African Americans; without overemphasizing how critical some of the statistics are for the health, welfare, and education of non-whites, all are cause for serious concern, both for elected officials, business owners, institutions, and other powers that be, and for the community at large. Detailed data can be found at www.stateofblackasheville.com.

Asheville’s population overall is approximately 12% African American; the number of black residents has barely changed over the past several decades, but the ratio of blacks to whites had fallen as more and more whites have moved to the area: young families, millennials seeking Asheville’s “hip” ethos, and wealthy retirees.

However, as of 2015, according to the NC Department of Public Instruction, whites made up 63.1% of the students in Asheville City Schools, while Blacks represented 20.3%, Hispanics 8.2%, and American Indian and Asian students a combined 1.1%. In part that disparity in populations reflects the large number of white retirees without children; to some degree, private schools and academies that are disproportionately white are also a factor.

Similarly, during the 2011-12 school year, Asheville City Schools provided preschool education to 140 students, of whom 58.6% were black, 9.3% were Hispanic, and 30.7% were white. (U.S. Department of Education Office for Civil Rights).

Children’s access, beginning in their earliest years, high-quality, private, or family educational opportunities versus (often overcrowded) public services is often reflected in student tests outcomes, though the correlation may be statistical rather than a direct effect.

In Grades 3 through 8 in Asheville City Schools (combined in this study with Buncombe County Schools), 35% of black students—and 71% of whites—reached proficient or advanced reading levels (2015-2016 School Year, NC Department of Public Instruction). That same year, again among 3rd- through 8th-graders in both school systems, 32% of African Americans compared to 67% of whites reached grade-level math proficiency.

In 2011, the U.S. Department of Education’s Office for Civil Rights reported that black students accounted for 57.1% of students retained—held back a grade—despite their far smaller proportion of the school population as a whole. That compared to 17.1% for whites, 9.5% for Hispanics, and 4.3% among students identified as being mixed race. The following year, the website NCSchoolReportCard.org reported that Asheville High School’s graduation rates for 2012-13 were 72.6% for black students and 90.8% for whites. That compares with state rates of 70.1% for African American high school students, 86.2% for white students, and 75.2% for Hispanic students. [More recent data can be found at stateofblackasheville.com]

Another area of concern for black families in Asheville is the lack of availability of affordable health care. Ten years ago, in 2009, 2,098 of the 2,374 hospital physicians were white; only 276 were minorities. Among the 20 physicians who did not practice in the hospital, 19 where white and one was a minority, as reported in 2014. And in the first two years after the Affordable Care Act (“Obamacare”) was enacted, almost one-quarter (23.1%) of Buncombe County’s African American residents had no health insurance coverage.

Though a direct cause-and-effect relationship may be impossible to prove, there is a correlation between access to health care and insurance and life expectancy. In North Carolina, African Americans die on average six years younger than whites, and, according to the 2013 WNC Healthy Impact Survey, the cancer mortality rate per 100,000 in Buncombe County was 208 for white males, 145.4 for white females, 288.6 for black males, and 205.3 for black females. The greatest disparity between races was for lung cancer. That mortality rate per 100,000 was white males 67.4; white females, 38.4; black males, 82.0; and black females, 53.5.

Asheville is a notoriously expensive city to live in, a problem that has only grown more acute as the economy recovered from the 2007-09 Great Recession and the housing market recovered from countless foreclosures that resulted. And as the city’s popularity has grown, the market for affordable homes has become tighter almost by the month. As of June, 2018, the median price of a home in the city was $325,000, and the average per capita income in Buncombe County—based on U.S. Census Bureau five-year estimates for 2011-15—was $15,535 for blacks and $28,480 for whites. Even with two-earner families, the median household income was only $26,065 for blacks and $46,805 for whites, putting home ownership almost out of reach for many area citizens.

Even African American entrepreneurs who open their own businesses do not fare as well as their white counterparts. In Buncombe County, Census Bureau statistics identified 858 black-owned firms (7.2% of the black population) and 26,122 white-owned firms (14.2% of white residents). And while those white-owned businesses generated $400,000 per year in sales, businesses owned by African Americans averaged one-tenth as much: $40,000 annually.

Parents work hard so that their children’s futures will offer more opportunity than their own did. Those efforts are increasingly futile in North Carolina, where children born into poverty are more likely than children in other states to remain in poverty as adults. Promoting family economic mobility is critical to ensuring opportunity for every child in North Carolina.

Children Born into Poverty are Likely to Remain in Poverty

Economic mobility is the ability for someone to change their economic status. This ability is usually measured in movement between income quintiles—from the bottom 20% of earners to the top 20%, for example.

A growing wealth of evidence asserts that it is nearly impossible for a child born into poverty to elevate his or her economic circumstances unless public policies are designed to support their success. This is especially true in North Carolina, where upward mobility lags behind the rest of the nation. Most children born into low-income families in North Carolina will lack the resources, opportunity, and education to climb the economic ladder in adulthood.

Place Matters for Kids in Poverty

While children in higher-income households tend to not be impacted by location, geography matters for children growing up in poverty. New research has ranked many of the South’s booming metropolitan centers—including Charlotte—as among the lowest in the country for economic mobility. This comes despite high rates of job and wage growth over the past two decades.

And, of course, income and racial segregation often track together. More than half (58%) of North Carolina’s children in poor or low-income homes are racial or ethnic minorities. And while race has been found to not be a determining factor for economic mobility at the individual level, historical segregation by race persists in many areas as income segregation. Areas of low economic mobility in Southern states, including North Carolina, coincide with those that also have traditionally high African American populations.

Income inequality, racial segregation, poor school quality, and low social capital are frequent characteristics of neighborhoods with low economic mobility characteristics, and all of which undermine the opportunity for every child in North Carolina to aspire to, and achieve, the American Dream.

Lack of income, resources, wealth, and financial opportunity even affects people’s ability to travel, whether to a job or for groceries, medical appointments, or other necessary appointments. In Buncombe County, 29% of black households have no access to a vehicle, compared to only 7% of white households. And not having a vehicle, or access to one, can make a tragic difference in travel safety, as people often have to walk in unsafe conditions—carrying groceries, with children in tow, or with limited mobility—on streets and roads designed for cars and trucks. In North Carolina, 21.5% of the total population is African American, but blacks make up 40% of pedestrian crash victims, 32.3% of pedestrian fatalities, and 50% of child pedestrian crash victims, according to the 2010 American Community Survey.

No analysis of racial disparities in Asheville, Buncombe County, North Carolina, or across the U.S. can ignore the outrageously higher rates of incarceration and other interactions with the criminal justice system used against black men and black youths, compared to whites.

Worse yet, Buncombe County convicted nine individuals to death row in 2009, under long-time (now former) District Attorney Ron Moore. One third of these individuals were blacks, even though, at the time, African Americans comprised just 7.1% of the county population. Statewide, 82 of 159 individuals on North Carolina’s death row in 2010 were black: 22% (18) of them named Buncombe County as their county of residence, though black men comprised less than 4% of the county’s population.

As recently as 2018, 24% of drivers stopped by the Asheville Police Department were African Americans, as were 47% of the people who were searched after being stopped for any traffic infraction. 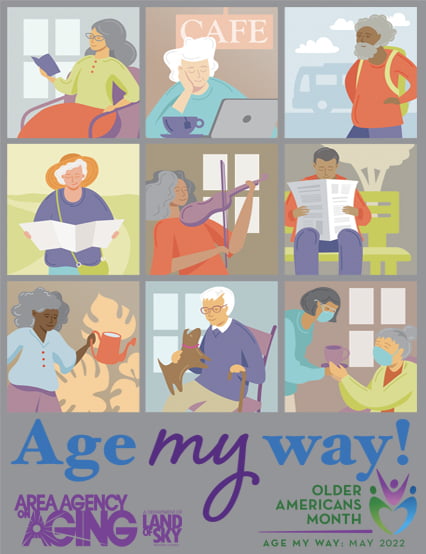