Racists are scared these days y’all.

You can tell a scared racist because when they can’t win a debate, they just try to make it illegal for you to say—or teach—anything that challenges them.

My name is Jesse Hagopian. I’ve taught at Garfield High School for the last 10 years and I’ve been teaching for over 20 years. I am a founding member of the BLM at School movement that started here in Seattle—and then went to Philly to become a week of action—and has since become a national uprising for racial justice in the schools.

I want to begin by acknowledging that we are on homeland of the Duwamish people—land that was colonized by the U.S. We live in a city named after a Duwamish Chief and yet the Duwamish people still don’t have federal recognition… And, now wait a minute… If I was in Tennessee would it even be legal for me to acknowledge that I was on Native American land that was colonized? That’s really how far things have gone these days.

These laws banning the teaching of structural racism and sexism and oppression are impacting every classroom—because even in states where there isn’t yet a bill, this legislation is emboldening people to attack teachers who want to teach the truth. The state of Idaho, recently passed a bill that declares, “Social justice ideology poses a grave threat to America and to the American way of life.” What? They are literally arguing that it’s social justice that poses a threat, not racism and sexism.

But you can’t understand our country without understanding racism and its intersections with sexism and heterosexism. Consider these facts:

Despite these glaring examples, in Iowa, they recently passed a bill which bans teaching that, “the United States of America and the state of Iowa are fundamentally or systemically racist or sexist.”

According to Merriam-Webster, “Fundamental” means: serving as an original or generating source. The original source of our country was the genocide against Native Americans and the enslavement of Black people. So you literally can’t teach about the founding of this country or its long history without talking about systemic racism.

In Missouri they proposed a bill that would ban teaching the 1619 project—which frames U.S. history in terms of the enslavement of African people who were brought to North American colonies in 1619. And it bans the Zinn Education Project. And it bans the Black Lives Matter at School curriculum.

They wouldn’t be passing these laws to ban the teaching of structural racism and oppression if they weren’t scared of something.

So, what are they scared of?

They are scared of the fact that activists built the broadest protest in U.S. history over the spring and summer in the wake of the police killings of George Floyd and Breonna Taylor, which shook this country and exposed the structural nature of anti-Blackness to many.

They are scared of the fact that BLM at School movement tripled in size this school year.

And they are certainly scared of students who can think critically.

The summer uprising was led by youth. The media likes to talk about learning loss from summer break or from remote schooling, but the truth is the students have learned—and taught—the nation so much about the nature of structural racism. These youth who can think for themselves and challenge injustice really scare racists.

This isn’t the first time that frightened racists have tried to ban education. The first law of this kind was a slave code enacted in 1740 in reaction to the Stono Slave Rebellion 1739 in South Carolina. It made writing illegal for enslaved African people.

But from the time it was illegal to be literate until today Black people have always led a struggle for racial justice and education.

Enslaved Black people snuck off plantations to teach each other how to read and write, even though it was illegal—they called it “stealing a meeting.” The punishment could be maiming or even death if you were caught reading or writing, but Black people did it anyway.

During the Reconstruction era, Black educators built the public school system across the south because they knew there was no full emancipation without education.

During the Civil Rights Movement, Freedom Schools were organized, especially during the “Freedom Summer” campaign of 1964. During Freedom Summer, more than 3,000 Black students attended a Freedom School—and the final exam was going and registering to vote or organizing others into the movement—not bubbling in answers on standardized tests.

Then there was the proliferation of the Afrocentric schools around the country in the 1970s and the Black Panther Party’s Liberation Schools—like the Oakland Community School that was run by Ericka Huggins.

Today we have the Black Lives Matter at School and other movements for racial justice in education.

But I am telling you all that am I going to teach my students about how to read the world—because it desperately needs changing. And I refuse to be intimidated from teaching about the people throughout history who have helped make these needed changes.

I am going to teach my students about the ideas and practice of people like Sojourner Truth, and Harriet Tubman, and Claudia Jones, and Fannie Lou Hamer, and Ella Baker, and Barbara Smith, and Angela Davis. Because a world where kids learn about these freedom fighters who put their ideas into action will be a world with less oppression and more empathy, more dignity, more equity, more democracy.

I’m pledging to you today that I will refuse to lie to kids—no matter what the law tells me to do.

Jesse Hagopian is the director of Black Education Matters (blackeducationmatters.org). He is the editor and contributing author to the book, “More Than a Score: The New Uprising Against High-Stakes Testing” (Haymarket Books, 2014) and co-editor of “Teaching for Black Lives.” Currently, Hagopian serves as a national surrogate for the Bernie Sanders campaign. Follow Jesse on his blog at iamaneducator.com.

A Celebration of the Arts

Please Don’t Sit on My Bed in Your Outside Clothes

Inequality is Holding Back the Economy, Not Unemployment

Path Out of The Pandemic 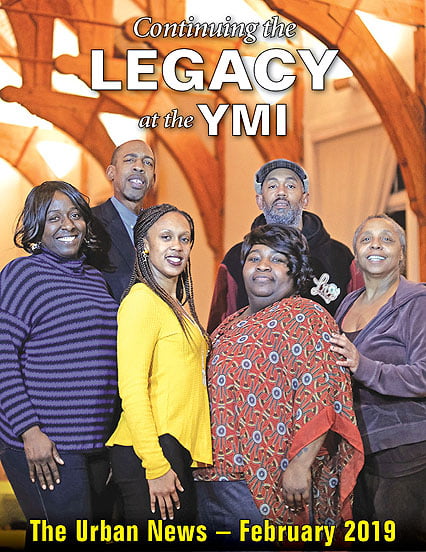 This Month in
The Urban News