This year, the “big stories” are so big we doubt that anyone wants or needs a recap!

But here are a few important stories to remember along with an opportunity to put them in context and analyze some of their salient features.

So … aside from those stories, what is there about the year that deserves review?

I think, for me, it has been the ability of Democrats, beginning with Joe Biden, to return the nation to a sense of normalcy. Following years of turmoil between election deniers and other disruptions, the entire party, in state after state, from local to statewide to federal elections, insisted that the United States of America “is better than this.”

And the party was proved right. As it turns out, We the People prefer stability, the democratic process, free and fair elections, the peaceful transfer of power, and an honest focus on the subjects that we need to focus on for the well-being of all: the nation’s overall economy; availability of well-paying jobs; the condition of our natural environment; the safety of all our people and the nation as a whole; a fair and equitable system of justice; and—both overlaying and underpinning all these concerns—the right of the people to enjoy the Constitution’s promise of liberty and justice for all—including bodily autonomy and voting rights.

Also during 2022, the people paid attention to the ethics of the Supreme Court via the involvement of Ginni Thomas, wife of Justice Clarence Thomas, in planning the Jan. 6 attack on the capitol—while her husband refused to recuse himself from any decisions that the Court encountered growing out of that insurrectionary movement.

The public also learned that, according to an insider activist who was long close to the far right, Justice Samuel Alito allegedly leaked decisions to his friends and allies, both in past years and in the current Dobbs decision. They became aware of how the Court—alone among all government institutions—refuses to abide by or apply any standards of ethics to its own members, while imposing strict rules on lower courts and, when they can get away with it, on Congress and the administration.

As a result, the Court, and its reputation, has become a political body tainted with “the stench of politicization,” in the words of Justice Sonya Sotomayor. And according to Gallup’s polling this fall, the Court’s approval rating by the public—which long paid little attention to it, but thought well of it—has fallen from 60% in 2000 to 40% in September, 2022.

Throughout the year, Americans were naturally and understandably concerned about inflation; but financially, for the most part, they also were keeping up—until the Federal Reserve Bank interfered. How so? Here are a few factoids that, in my opinion, create context for our economy.

Employment rates are at historic highs, following the worldwide economic retraction during the pandemic.

Unemployment rates are at historic lows, as “help wanted” signs blanket the country.

Wage hikes have been unprecedented, as people can insist on better pay—or leave for one of those “help wanted” jobs somewhere else.

(…so with money in their pockets…)

Consumer demand has remained historically high, as wages—despite inflation—have allowed working people to return to normalcy after the pandemic’s disruption.

Supplies are in short supply, especially computer chips from China (a powerful rival on the world stage) and oil from the world oil markets, led by Saudi Arabia and Russia. These two OPEC nations formally voted to minimize production and exports so as to keep oil prices high.

The administration passed a $1.2 Trillion infrastructure bill, which will: help electric vehicle producers wean us off Russian and Saudi oil; invest in clean air and water; create EV battery manufacturing in the US; build new domestic computer chip plants; and basically stick a thumb in the eyes of our adversaries, while investing more than ever before in the growth of the American economy—still the greatest in the world.

The voters in state after state rejected the corporate socialism, fascism, and wackadoodle theories of one party’s craziest candidates. Instead they chose the more “normalized” office-seekers, such as Gov. Sununu in New Hampshire (an old-school Republican) and Gov. Laura Kelly in Kansas (a traditional Democrat who supports reproductive rights). Voters also kept the Senate in  Democratic hands, even increasing their majority for the first time since FDR did so during his first midterm election 88 years ago.

Still So Many Problems

Nobody in their right mind can honestly deny that the United States faces ongoing problems.

Racism, the racial economic divide, the endless judicial injustices based on race and color, redlining, and other forms of discrimination, must still be fought against in every way possible and without pause.

Financial inequities are untenable: the fact that less than one percent of the country owns more wealth than half the nation, and that one-tenth of one percent (about 350,000 individuals) control well over 90% of the nation’s economy, will come to an end, as it did following the Gilded Age of 1870-1910 and again during the Great Depression. But the “haves” will always have far more than the “have-nots,” and they will ALWAYS use their wealth to keep it that way. This is another unending battle we must wage.

Corruption in politics and the judiciary must be fought at every turn. Three years ago the US Supreme Court ruled that political gerrymandering is not something the Court can rule on: all such issues, it ruled, must be left up to each state, and that only State Supreme Courts can take jurisdiction over such corrupt gerrymandering. Now it’s considering Moore v. Harper, out of NC, which premises that state courts have no jurisdiction after all: only the legislature, which sets its own rules, writes its own laws, and establishes its election districts, can determine whether those districts, rules, and laws are fair. And SCOTUS might agree—even though it ruled the exact opposite way three years ago. This, too, is a never-ending fight.

But despite those last-named issues, my bottom line of this year in review is this: The American people are decent, honest, and optimistic. We work hard, we value our freedom, and we prefer the normality of neighbors, jobs, friendships, family, a good education, faith communities, and the opportunity for step-by-step earned improvements in our lives.

The year strengthened my belief that most Americans, whether Black, White, Asian, other POC, gay, straight, etc., want a normal life. They—WE—do not and will not support the upheaval of insurrection, revolution, coups, or the installation of a tyrannical “strongman” in place of the officials we choose to elect. 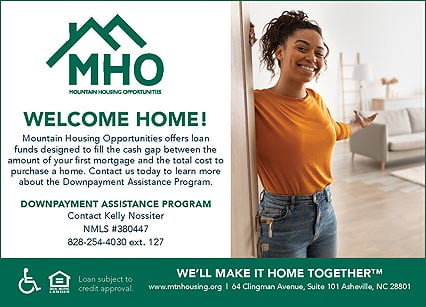